Message from new Chair of ESF 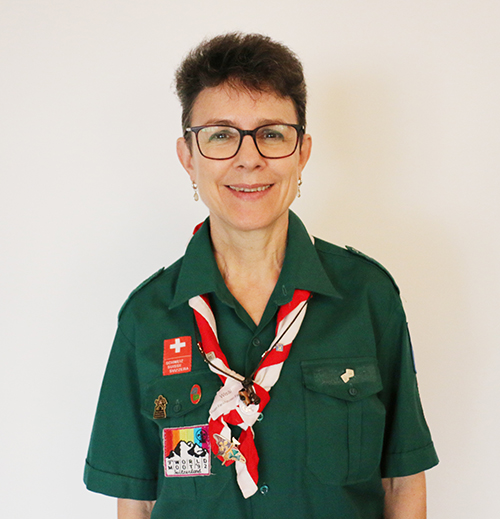 Dear Friends of Scouting in Europe,

Having had the pleasure to get to know some of you during previous FOSE-trips, I’m proud to have been elected as Chair of this important Foundation. I hope we will meet each other personally soon (again) or at least virtually. We all make a significant impact towards providing Scouts with financial support from FOSE, enabling them to implement projects. Thanks to all of you, your donations make this possible.

My Scouting life started 1974 in Altdorf, in central Switzerland, as a young Scout. One of my favourite experiences was the camp of the whole canton of Uri with guests from Denmark.

In 1992 I was part of the leadership team of the Swiss-Burkinabe camp in Burkina Faso, this was the start of a partnership between those two countries for some years. For many years I was member of the Swiss committee responsible for the relationship with the Burkinabe Scouts.

Following my membership of the Federal Committee For Equal Chances for boys and girls, men and women in the Swiss Scout Movement I led that committee for a couple of years. Due to changes to the different committees I became member of the Committee for Society Issues and then for external communication. My involvement at federal level ended on World Thinking Day 2012.

That year I became a Life Member of FOSE and ever since enjoyed the FOSE visits to different parts of Europe I hadn’t known until then and getting in touch with Scouts from there and donors from different countries. During 2019 I became member of the board of FOSE.

After having studied law at the University of Berne I qualified as a lawyer and notary public. My professional life started 1990 in Lucerne. 1997 I became a Judge and since 2014 I have been a judge at the highest court of the canton of Lucerne.

During my leisure time I have been campaigning for equality in Switzerland since 2014, having learnt from the Scouts how important equal partnership is. I am a founding member of the NGO Coordination post Beijing Switzerland, a civil organisation that was established after the Fourth World Conference on Women in Beijing, and since 2012 I’m member of the board of Alliance F, the Federation of Swiss Women’s Organizations.

My children Adrian and Tanja are 23 and 25 years old. They, and my husband Säm have already taken part in FOSE visits, Tanja and Säm being life members as well.

Covid-19 makes Scouting difficult nowadays. In some areas the number of members has decreased and fear exists that some leaders will leave the movement. Knowing they have enough funds to continue might be what they need to stay. Together we can make the difference. Now more than ever it is important that we can strengthen Scouting in Europe. Therefore, we appreciate every bit of support from you, whether you pay your annual subscription, get others to become a donor or you support one of the approved projects.

Let us continue making the difference!