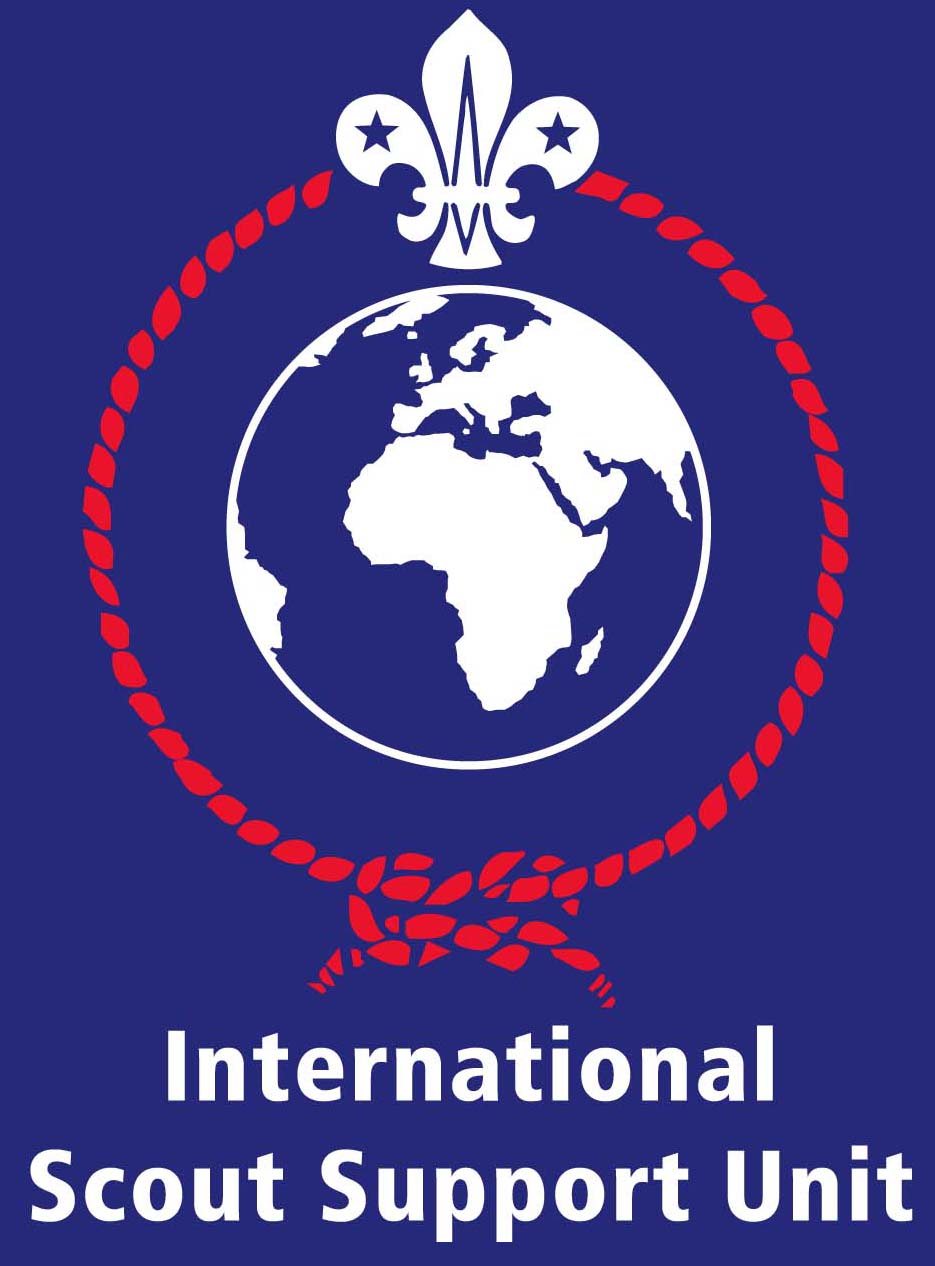 Our International Commissioner, Jack Maxton, invited the Members of ISSU to a meeting to hear of the Scout Association’s Programme Strategy from 2018 to 2023.

Prior to the meeting for all Members, Jack met with George Devine, ISSU Manager, and members of his Team to hear an outline of this new strategy to be released following the acceptance by the Trustees of the TSA at their Board Meeting on the 18 January 2018.

The Members had been invited to attended this meeting at The Quarries Camp Site Milton Keynes, 23 Members attending, as attendance sheet, with 16 apologies.

Having arrived at the Camp Site they deciphered the code to the Oswald Hamilton Building.

George welcomed everyone and handed over to Jack, who gave the background and his input into this new strategy which can be downloaded here… 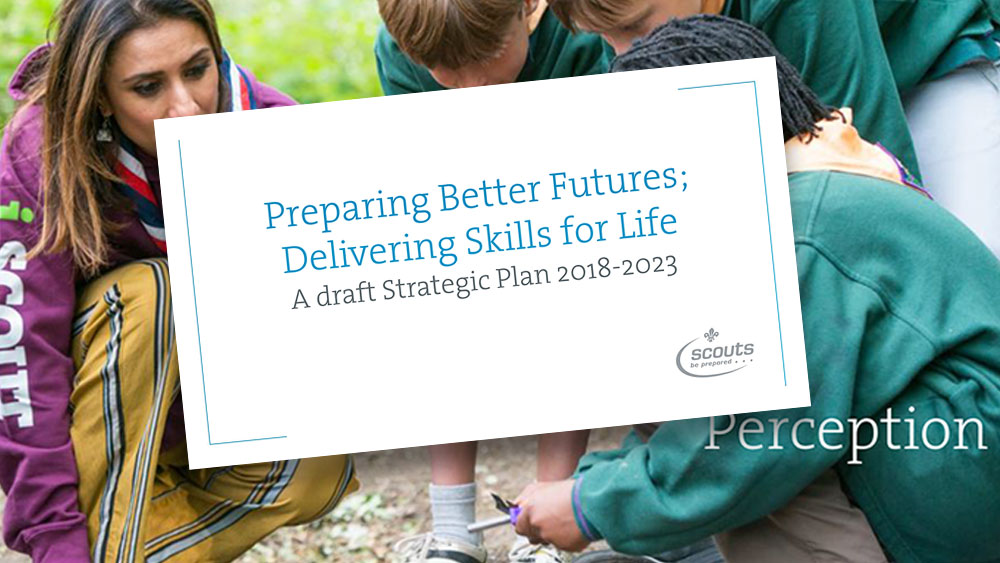 The Scout Association’s – Preparing Better Futures: Delivering Skills for Life – a Draft Strategy Plan for 2018 to 2023 was the highlight of his Presentation with Vision, Mission and Values – preparing better futures.

Pillars – to achieve those objectives focus will be on three pillars of work:

He went on to outline how ISSU can help, highlighting the need for us:

To be more extrovert – how do we communicate from top to bottom and vice versa and create greater impact in encouraging more visits abroad and local involvement in International Scouting.

There are pockets/Counties having little involvement in international experiences for their members and perhaps we should persist in offering guidance.

Greater digital use, not using emails but ‘Slack’ and ‘WhatsApp’

Finally, we should be more creative in doing things differently and engaging with all our members.

Jack then invited an Open Forum discussion with members:

Ian Maine, stated that he uses International Facebook page which is full of ideas using Instagram and highlighted talking on /Camp Sites.

Rebecca highlighted International forums for those who had been abroad and wanted participate.

Jack reminded members that for ‘Rover Way’ there was no marketing and publicity in the traditional form but purely on Facebook.

Mike Aston from Hertfordshire stated they have three Camp Sites near London. The Wardens advise people when visiting the UK of their presence, so they can be linked or arrange a visit with local Scouts.

It was noted how we were poor in providing hospitality for visiting Scouts in the UK, many of whom come and go without being acknowledged.

Members spoke in connection with the Training Module 19 and Jack advised this was being looked at to improve the Programme contents.

Charlie also confirmed failure of the Module 19 process. Adam Jollans highlighted the cost on international experiences being unobtainable for the under privileged and the need for Grants. Jack highlighted that funding levels were available up to £3,000.

Derek Pollard, the Trustee of the Eric Frank Trust, advised how he receives 30 applications per week, each taking 20 minutes to examine, but they do not consider those for normal Programme Activities, only for Development and Sustainable Projects.

Chris White – Scout Exped advised how we could help with the training for International Activities.

George then outlined briefly the ISSU Team Members’ support of this strategy and the International Commissioner’s Team.

A Question Session took place prior to Jack’s departure at noon.

During the lunch break, Members networking with the members of the Special Interest Groups.

After lunch Charles Pritchard introduced the theme for the Workshop Discussion Groups based on the new strategy and theme of the three Ps:

The groups being led by Rebecca, Alex and Chris.

A lively interesting discussion emerged with an agreed way in which ISSU and its Members can actively support the growth and involvement of young people in International Scouting. The emphasis being on greater involvement of young people, particularly in Counties where there is little or no participation other than at a Jamboree for its members. How we change this and assist those Counties being the challenge to 2023.

One of the other themes for the day was how we encourage and support digital usage amongst members, for as Jack clearly stated he does not use email and wishes to encourage the use of ‘Slack’, ‘WhatsApp’ and other new platforms.

Roverway 2018 received no traditional marketing and publicity, but purely digitally with it becoming over-subscribed just after launch, highlighting the way for the future.

George, once again, made a plea for an ISSU Member or Friend to take on board the challenge of moving ISSU and its communications in this new direction.

The last session of the afternoon was around an open discussion, starting with those present identifying themselves and their special interests, followed by many members advertising their Future Events.

George set the scene by giving an update on the Amazon and Yukon Project that was being run in partnership with British Explorer Society. In particular he congratulated Charles Pritchard on his appointment as an approved Leader for future British Exploring Society trips, the youngest appointment to date, highlighting how this new partnership would develop in the future. For, as Jack had mentioned earlier, it is not a sponsorship commercial agreement but a partnership bringing the skills of Scout training to those of BES.

Alan Beavis, Administration and Finance Co-ordinator for the International Scout Support Unit, gave a brief overview in connection with the operation of the Unit and update on the Account. Members were advised that the Annual Donation of £10.00 becomes due on the 1 April 2018.

Unfortunately, Tony Fulford, the Membership Co-ordinator, was unable to be present due to a family bereavement and, therefore, had sent notes and observations, i.e. there are 147 ISSU Members recorded on Compass but only 119 Members listed as having renewed and several of these had not given a donation. When it comes to renewal time, we should establish a policy regarding a cut-off date and members should be requested to let us know if they no longer wish to be continuing as members of ISSU.

DBS – Most members will have their DBS’s dealt within their respective Groups, Districts or Counties. For those whose sole membership of the TSA is with the ISSU, George receives notification when their renewal is coming up. Fortunately, to date we have only had to deal with a few of these. To the best of Tony’s knowledge, there is only one new ISSU Member in the pipeline along with a potential Member.

George advised that Chris Neil, who left TSA last week, had indicated he would like to join ISSU together with Craig Turpie, the new Chair of the World Scout Committee of WOSM.

Alan thanked Sue Corbin for editing and producing our Newsletters and Sue outlined the need for information, articles and details of forthcoming events.

The summary of all the other activities is now going to be prepared and available on the website shortly.

Conclusion: The challenge was set by Jack to ISSU Team and we are sure that the SIG’s will respond accordingly.

The only regret is that apart from the four ISSU Team Members we fail to attract any Network Members, so the challenge will be with us to sell our SIG’s at Gilwell 24 and/or Gilwell Reunion 2018.